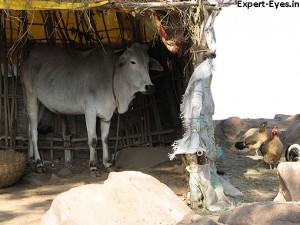 Cow slaughter ban is something that was introduced in India thousands of years ago with good intentions though it has lost its rationale today (except for extreme Hindutva forces).

The ban has its roots in pastoral, and later, agrarian societies that grew along the Gangetic plains. Though the region was fertile, floods and droughts were frequent. When a drought strikes and grains become scarce, the natural tendency is to kill animals for food. Besides, water requirements of animals are high. So, it is extremely difficult to maintain domestic animals during a drought.

However, if massive killings of cattle took place, it would destroy even hopes of revival of the economy after drought. When tractors and other machinery were not there, draught animals were critical for revival of agriculture. While killing of cattle en masse could not be stopped, it was important to save at least the cows. If cows are there, even a single surviving bull can sire many calves. (Even now, a practice is there in North India of offering a bull to the community with connotations of bringing prosperity for the donor).

Some wise men apparently thought that the best way to effect conservation of cattle was to formulate it in the form of a religious edict. Obviously, this edict has lost its relevance today because we have better methods of farm management including artificial insemination and modes to transport grains across large distances in case of a regional drought. (Note that hauling loads of grain too required draught animals in olden days.)

Now, cow is no more central to the economy. However, certain other religious beliefs like those surrounding sacred groves in Kerala, for example, retain their relevance even today. Cattle also have role to play in organic farming even today, though that does not negate their slaughter.

It is also worth examining whether vegetarianism has any advantage over consumption of non-vegetarian food. Evolutionary history shows that Homo sapiens were never strict vegetarians. They started as hunter gathers and are omnivorous. Besides, a 100 per cent vegetarian dish can deprive you of some essential nutrients. Milk products and egg can make up for that to some extent. (So, here also cow becomes important). However, it is to be noted that in some regions of the world, you have to be heavily dependent on meat because of scarcity of vegetables and grain. In the arctic region, no vegetable is available locally. And people like the Eskimos, Inuits and the Cree traditionally survived entirely on meat. (They too have beliefs that ensure survival of animal species. The Crees have a method of determining whether the animal is “willing” or ready to be killed. If not, they will spare it.)

However, vegetarianism reduces your carbon footprint. More resources are needed to produce meat compared to vegetables. This is why even U. S. President Barack Obama is concerned about increasing meat consumption in Asia. He wants Asians to eschew meat consumption to keep American dream alive. So, RSS and the US have common interest though for differing reasons.

As human cultures and technology progress, it is expected that cruelty against animals will come down irrespective of whether it is a cow or bull or a goat. However, one should not be creating communal divides over the issue and commit bigger cruelty against fellow human beings.

The Government is proposing a legislation to bring restriction on organisation of harthals. However, it could very well end up being a piece of legislation granting political parties and other organisations a right to call for harthal. It is proposed that the organisers of harthals should announce it three days in advance.

The government could ban it if it is convinced that there would be the possibility of violence. Forced closure of shops and blocking of movements of people will attract imprisonment of up to six months or a fine of Rs. 10000 or both.

Harthal was a form of direct action devised by Gandhiji to protest against the colonialists and that too against acts like the massacre at Jallianwala Bagh. The Congress and its leaders, at that time, were totally committed to non-violence. Only a non-violent organization has the right to call harthal (none of today’s political parties could be classified as one). It is a non-violent mode of protest.

Nobody joins harthals willingly these days. Harthal, called by even minor political parties, is a ‘success’ because there is a threat of violence behind it. So, provisions in the proposed legislation such as one empowering government to ban harthals, if it is convinced that there would be violence, ignores the fact that harthal is inherently violent today. Such a provision will only be a political tool in the hands of successive governments. (Will a ruling party/front in the State ever be ‘convinced’ that there would be violence if it is a harthal against the policies of a Central government under a different party/front?)

So, action should be mandated against any political leader who makes a call for a harthal since threat of violence is inherent in such a call. If some people locally and spontaneously observe a harthal on their own free will over a murder or something like that, let it be countenanced. That is, harthal as such need not be banned, but making a call for harthal through mass media, public address systems and the like should be banned.

This automatically rules out proposals like announcement of harthals three days in advance. Even if such announcements are made, the hardship of people will only be diminished and not eliminated. Even for a journey to Bangalore these days by bus, one has to book a week in advance. (Train/air reservations are made months in advance). Harthal is not a suitable mode of protest in cities that work 24×7. The loss of lives, property and production caused by harthals is significant and will not be mitigated by a notice.

Forced closure of shops and forced restriction on movement of people are actually violation of fundamental rights. There are already provisions in the IPC and other laws to check such acts. Bringing fresh laws is not answer to failure of the government to enforce existing laws. In fact, there is a need to prune the statute book; but recommendations made by law reforms committee and commission are gathering dust.

The Supreme Court and the High Court, which are empowered to enforce fundamental rights even in the absence of laws, have already banned bandhs. The problem now is that the police are not taking cognizance of bandhs masquerading as harthals.

If at all a new law is to be enacted, it should be to define harthal/bandh and ban calling of harthals by political parties and other organisations with its inherent threat of violence. Fine of Rs. 10000 is insufficient as the damage caused by harthals is much more. Victims should be able to claim compensation separately for death, injury and loss of property. Express provisions should be included for this purpose. Provision should also be there for traders to claim compensation against those forcing closure of shops by violent means.

The Government should not formalise a ‘right to call harthals’ by providing for a notice procedure. 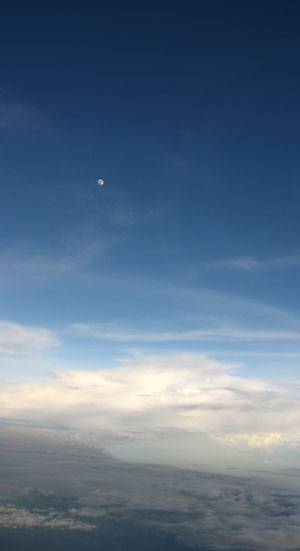 As concerns about climate change are rising, Director of World Health Organisation (Department of Public Health, Environmental and Social Determinants of Health) Dr Maria Neira has made a call that the health sector too should lower its climate footprint.

Hospitals, as they operate today, are energy-intensive enterprises that contribute substantially to climate change. To reduce their environmental impact, they can adopt basic measures such as reducing toxic waste, using safer chemicals and purchasing eco-friendly products, she says.

She cites the example of a hospital in Jaipur, a 350-bed health facility that cut its total energy bill by half between 2005 and 2008 through solar-powered water heaters and lightning. In Brazil, one efficiency project reduced the demand for electricity of a group of 101 hospitals by 1035 kilowatts at a cost savings of 25 per cent.

But for the Jaipur hospital, the situation in India is no different from rest of the world. Hospitals consume a lot of electricity. In addition, they waste a lot of energy by subjecting patients to unnecessary procedures, just to make money. There is no attempt to reduce waste though facilities have come up for disposal of biomedical waste.

WHO estimates that climate change will cause an additional 250000 deaths a year between 2030 and 2050— mostly from malaria, diarrhoea, heat exposure and under-nutrition. That is, if human beings do not take steps to reduce their carbon foot print, the living earth will. However, the irony will be that the victims will be the poorer sections of the society; not the people who pollute the most.

The United States is doing little to reduce its emissions, while India and other nations have offered to reduce emissions intensity significantly. A study by Centre for Science and Environment, New Delhi, the per capita household consumption expenditure of US is double that of an EU-28 household, 24 times a Chinese one, 44 times an Indian’s, 64 times a household in Bangladesh and 173 times a Malawi household.

Energy system in the US would remain fossil fuel heavy with 76 per cent of total primary energy coming from fossil fuels in 2030. Renewables contribution would just be 15 per cent by 2030. While India goes ahead with his ambitious plan to reduce climate footprint, it should also press that the United Nations and others make an equal, if not better, contribution. Those who created the problems should also be pressed to foot the bill.