As India heads for Doha discussions on climate change this week, a question that arises is whether we would be entering into agreements similar to the ones the princely States of India entered with colonial powers. Like the way colonialism stymied our development, the climate talks too have the potential to crush our growth.

An old story
Pepper attracted foreign traders to Kerala for centuries and one of the things the Europeans wanted, back in the 18th century, was runner shoots of black pepper vines for planting.  As the story goes, then ruler of Calicut Zamorin asked his minister Mangattachan about the wisdom of allowing planting material to be taken to Europe when pepper exports earned much money for Kerala.  The Minister’s reply was that they could not take away the Thiruvathira Njattuvela. [Najattuvela means position of sun and there are 27 njattuvelas in Malayalam calendar. The Thiruvathira Njattuvela (15 days), occurs around the middle of South West monsoon which is considered suitable for planting shoots of pepper vines.] However, the situation now is that even the Thiruvathira Njattuvela would be taken away by the over-consumption of developed nations.

Carbon  loads
Historically, the USA has emitted nearly 50 times more carbon dioxide into the atmosphere than India.  Rich countries have been responsible for about 70 per cent of the emissions between 1840 and 2006. (CSE ) However, they are not willing to shoulder the burden of reducing emissions in proportion.  The USA is yet to agree to bring down their emission levels to that of 1990 while the European Union has already brought it down by 16 per cent below1990 levels.

Global emissions have grown from 534 million tonnes of carbon in 1900 to 9265 million tonnes in 2011 (Earth Policy Institute).  Per capita emissions of USA were more than ten times that of India in 2011. And there is urgency in addressing the problem because climate change is at the doors.  However, countries are not making enough commitments to check global warming.

The motto “Living in Harmony with Nature,” recommended by the 11thConference of Parties to the Convention on Biological Diversity for activities related to UN Decade on Biodiversity highlights the spirit of the Convention and the Conference that concluded in Hyderabad last week. However, the Conference could only make limited progress in taking decisions towards implementation of targets set at its last conference.

Part of one of the biodiversity hotspots of South India– Agastyakoodam and its environs. View from Bonaccord in Thiruvananthapuram district of Kerala.

India brokered an agreement to double financial flows for implementation of the Convention’s strategic plans to protect biodiversity by 2015.  Prime Minister Manmohan Singh announced India’s ratification of the Nagoya Protocol on access to genetic resources and benefits sharing and made a pledge to allocate US$50 million during India’s two-year COP presidency, for enhancing India’s human and technical resources to attain the Convention’s objectives and for promoting capacity building in developing countries.

The Convention has decided to push for enough number of nations ratifying the Nagoya protocol so that it could come into force and the next conference of parties could focus on implementation. The Conference Secretariat was asked to take steps to develop a draft strategic framework for capacity building.

It called for discontinuation of incentives for that biofuel technologies that may aggravate drivers of biodiversity loss while acknowledging biofuel’s potential positive contribution to mitigating climate change.

It could not do much towards establishing control and regulatory mechanisms for geo-engineering other than advising the precautionary approach. The framework of the Convention may not even be sufficient to deal with larger effects of geo-engineering. The Convention failed to agree on action to address concerns about synthetic biology.

The Conference made an impressive number of decisions on several eco-system related issues, achieving synergies with other international efforts. Progress could be made towards address marine diversity issues such as such as marine

debris and ocean noise. Countries have been very slow in working towards  achieving the Aichi targets and the next conference in South Korea would undertake a mid-term review of progress.

The 11th meeting of the Conference of Parties to the Convention on Biodiversity, to be held in Hyderabad from October 8 to 19, will take stock of the Nagoya Protocol on access to genetic resources and benefit-sharing.  It will also review the progress of targets set to check biodiversity loss.

The Nagoya Protocol is about access to genetic resources and benefit sharing in a fair and equitable manner. Even as private parties and companies are allowed access to genetic resources and traditional knowledge held by communities, it envisages strong regulatory frame works and capacity building by nations ratifying the protocol.  So far only six countries have ratified the Protocol, and it would come into force only after at least 50 countries ratified the Protocol. 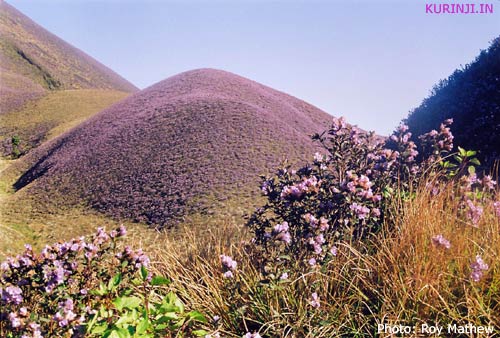 In this UN decade of Biodiversity, the Convention has set forth to at least halve the loss of natural habitats including forests, and where feasible, bring the rate of loss to zero.  It wants to establish a conservation target of 17% of terrestrial and inland water areas and 10% of marine and coastal areas by 2020 and restore at least 15% of degraded areas through conservation and restoration activities and make special efforts to reduce the pressures faced by coral reefs. There are also other targets.

At Hyderabad, the delegates are to review the work on island biodiversity and address ecosystem restoration, traditional knowledge systems, marine and coastal biodiversity, biodiversity and climate change, biodiversity and development, and several other ecosystem-related and cross-cutting issues. These are subjects of immense import to India which harbours seven to eight per cent of the World’s biodiversity. (Of the 34 globally identified biodiversity hot spots, three are in our region—the Himalayas, Indo-Burma, and Western Ghats and Sri Lanka).  In terms of plant biodiversity, India ranks tenth in the World.

In the high level segment of the Conference from October 16 to 19, Heads of States and Ministers will be taking decisions on strategic plan for checking biodiversity loss, protection of livelihoods and reduction of poverty by conserving biodiversity, marine and coastal biodiversity and implementation of the Nagoya protocol. If the right decisions are taken, it would immensely benefit the poor and keep the world away from disaster that the loss of biodiversity could bring upon the globe. However, in the Conferences like this with their protracted negotiations, this is easier said than done.